I set up my new workstation next to my existing laptop, with two 1080p monitors that only had DVI connectors, so I had to get a couple of £2 adapters and an additional cable to get sound out of the audio jack of my Raspberry Pi. Time for an initial test-drive. Booting up into Raspbian Buster was quick, about ten seconds, and connection to WiFi easy. There’s no doubting the feel of the speed improvements. Yes, I’ve read all the benchmark tests, but I wanted to know how that translates to user experience. This new kit does not disappoint. 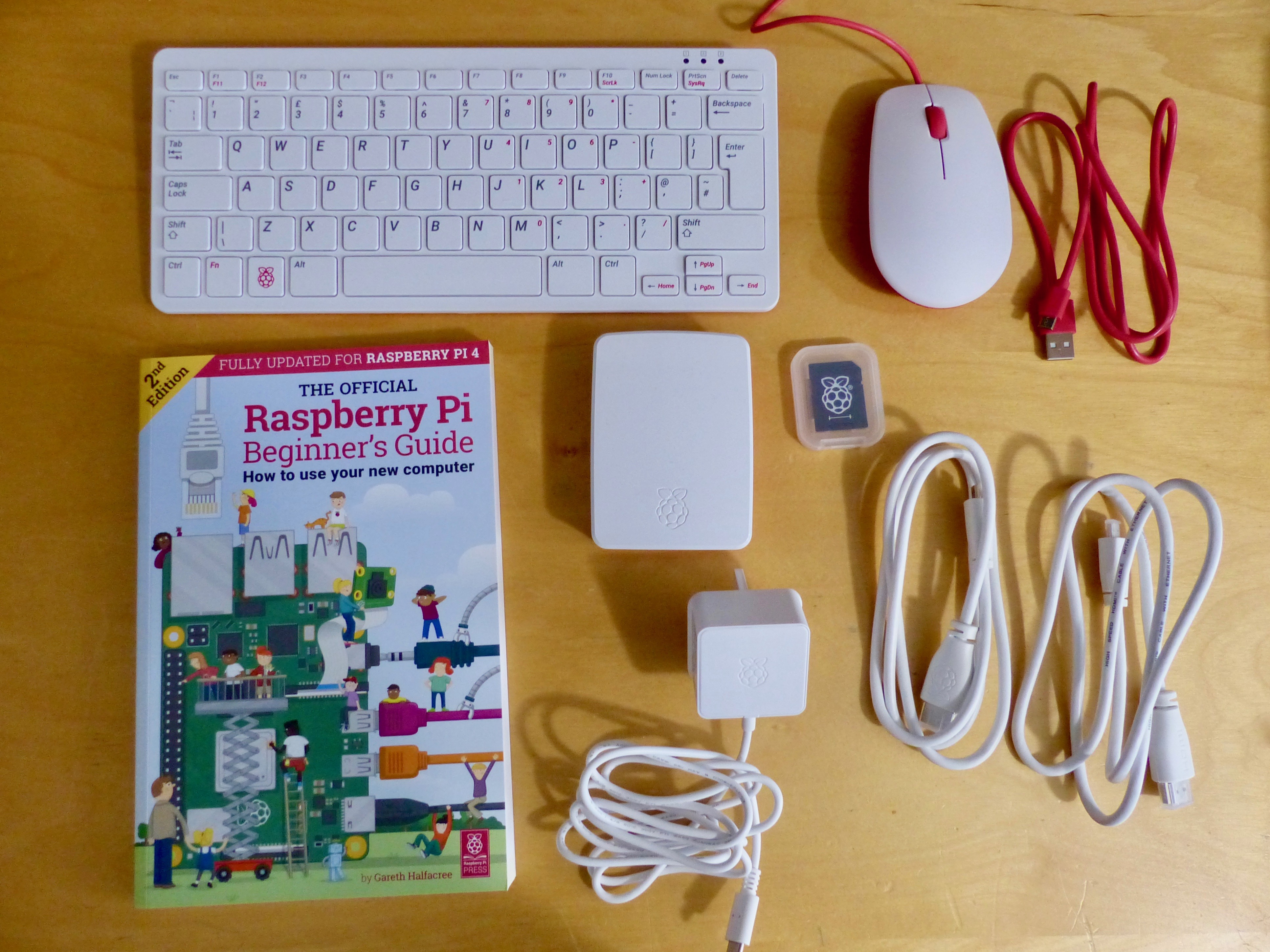 Raspbian has matured impressively as an OS. For my daily desktop scenario, the jewel in the crown is Chromium: having such a capable web browser is what makes this whole experiment feasible. Others have upped their game, too: Firefox has come a long way, and many other browsers are now available, such as Vivaldi. A check of some of my most visited sites showed Chromium to be just as capable as Chrome on my regular machine. Unsurprisingly, it wasn’t as snappy and I hit a few bumps, but we’ll get to that.

A day of impressions

I’m no expert when it comes to GPUs, but I was impressed with the dual-monitor support. The setup worked first time and didn’t seem to have any detrimental effect on the machine’s performance. I was expecting slow window drawing or things getting ‘stuck’, but this wasn’t the case. 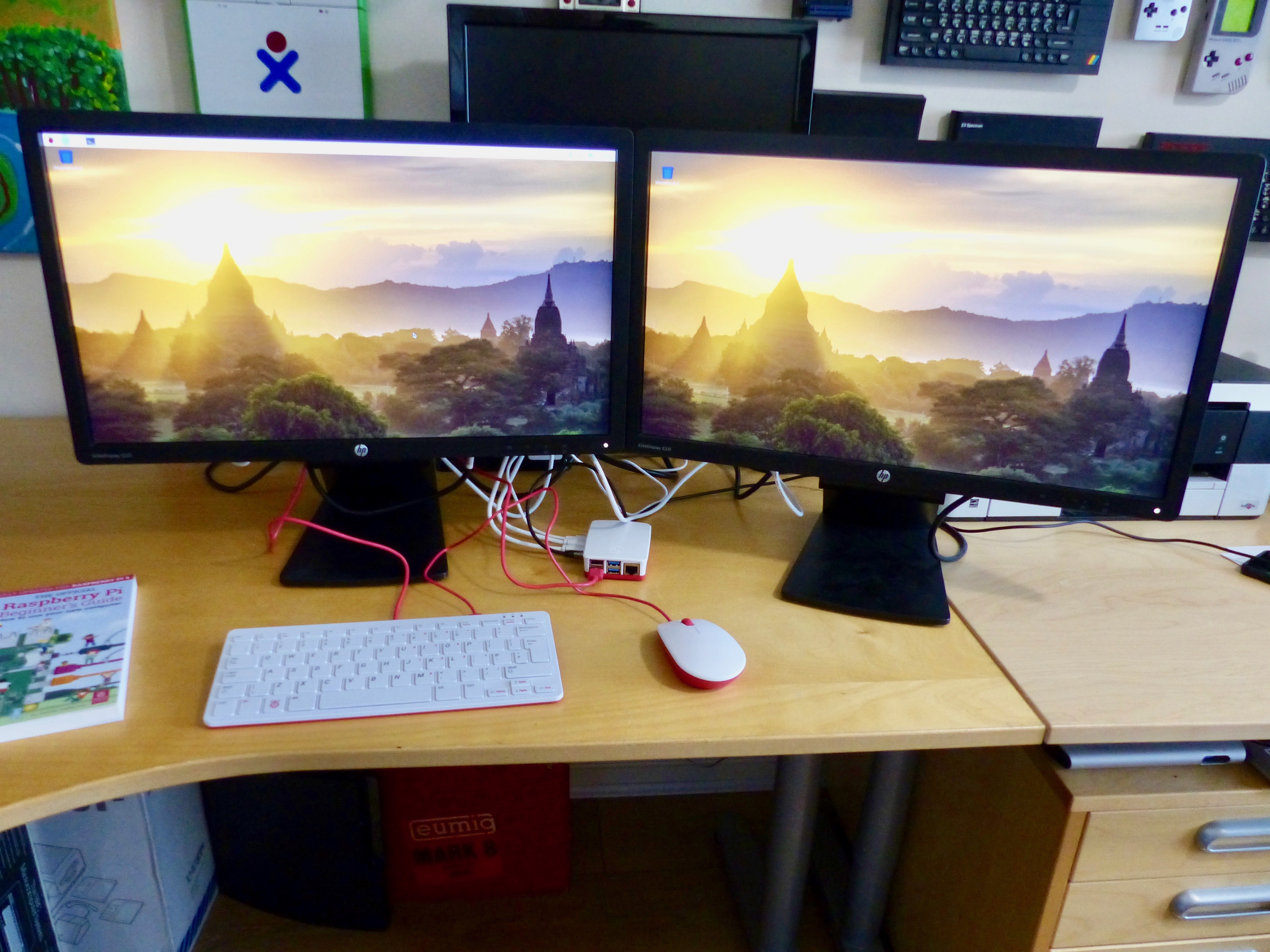 By the end of the first day, I was getting used to the keyboard and mouse too. They are a nice mixture of being both functional and aesthetically pleasing. The keyboard comes with a three-port hub, so you can connect the mouse if you wish. It does not have the build quality and precision of my daily wireless keyboard and trackpad, but for a fraction of the price, I was surprised how much I got for my money. By the end of the week, I’d grown quite fond of it.